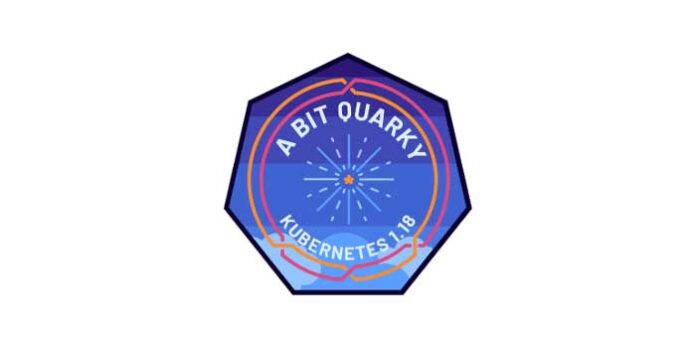 Last week, the CNCF released Kubernetes 1.18. In this new version, there are a lot of exciting new features. A lot of existing features are promoted from alpha to beta or from beta to stable. Previous releases were a bit smaller, but 1.18 is a big step forward. In this article I highlight some of the features that contribute to different aspects of the deployment of containerized applications.

Before we do a deeper dive into individual improvements, let’s first look at the numbers and facts of this release. In Kubernetes 1.18, 15 features are promoted to a stable release. This means the feature has been out of the test-phase and is now generally available to everyone. Just some of the new features which are stable now:

Another 5 other features have major changes. This makes the core product more significant from various perspectives. It is more likely now that those features will be promoted to stable in an upcoming version. A big plus for all of the people that contributed to it.

Two of the most compelling changes:

Many features are promoted from an alpha to a beta stage. At first glance, this might not mean a lot. However, keep in mind that a lot of companies also use “preview” features for their major cloud-native services. For example, the Azure preview features page. So also the progression of these features in the Kubernetes ecosystem make sense. Companies are extremely eager to try our new components and a lot of developers push these forward. Innovation is the big winner here.

Support for the Windows ecosystem

For long, Linux dominated the market of containers. Slowly, Windows is catching up. Windows containers are getting more traction and enterprises choose Microsoft Azure for their cloud-native services. Integration with Windows-based applications becomes more straightforward.

The CNCF recognizes this trend and they put significant effort in supporting the Windows ecosystem. Some of the enhancements:

Kubectl is one of the main ways developers and operators interact with a Kubernetes cluster. Before release 1.18, it was part of the core Kubernetes source code repository. Since this version, the source code of kubectl is restructured for a higher goal.

Storing the code in its own source code repository sounds like a small change. But it’s more than just moving it somewhere else. Decoupling makes re-use of the source code easier and also the source code is easier to maintain. Think in terms of micro-services. It makes sense since a lot of Kubernetes operators and developers use this tool on a daily basis.

Certificate management has always been a pain. Not only because of its complexity to maintain proper Certificate Authorities, but also because signing and storing certificates in a secure way is hard. Let alone the lifecycle management of those (chained) certificates. In Kubernetes certificates are everywhere – in almost every component.

Kubernetes uses a Certificate Signing Request API to handle the signing process. One of the biggest benefits of the CSR API the ability to automate the handling of certificates. Manual certificate rotations are difficult to execute consistently so it poses risks when configuration drift occurs due to manual processes. Besides this clear drawback, it slows the DevOps processes down since it is not automated and often relies on tribal knowledge. For sure this will change with the promotion of the Certificate Signing Request API to the beta stage.

Worker nodes are the workhorses of any Kubernetes cluster. In Azure Kubernetes Service (AKS), Microsoft manages those Virtual Machines for you. In Elastic Kubernetes Service (EKS), AWS gives you the option to manage those worker nodes using their cloud-native service called Fargate. On a container level you still need to choose your configuration wisely to prevent problems and financial consequences.

Kubernetes 1.18 offers several improvements to optimize the usage of your infrastructure and to prevent (future) problems:

Storage for stateful containerized applications has always been a hot topic. There are many commercial solutions on the market like Portworkx that offer their enterprise storage services.

Kubernetes 1.18 now promotes the “usage of raw block devices” from beta to stable. As of now it is not needed anymore to specify the filesystem type when using the persistent data of the block device. Yet another level of abstraction since the implementation details are hidden for the end user now. Furthermore, performance improves significantly. It helps to reduce the latency of critical applications like databases or messaging systems. Less overhead to check the data flows also means less traffic and in a “pay per request” this makes sense.

From a security perspective, there is also a big improvement: Pass Pod information in CSI (Container Storage Interface) calls. Simply said, this feature allows auditing of the usage of (data) volumes. Whatever organization runs the Kubernetes cluster, it is vital to protect their precious data – especially in the public cloud. Auditing keeps track of who accesses the data and what that person or system did with it.

Besides the improvements in the previous sections, there is more to explore. A number of other features include:

It would be impossible to describe all new and promoted features. For the complete list, please check out the official announcement.

One of the easiest ways to install Kubernetes is to use Kubeadm. This helps you to set up practically the entire cluster and all of its components. What about the large public cloud providers that offer Kubernetes as a cloud-native service?

Kubernetes 1.18 is a major step forward. Furthermore, stability, security and automation all get a big upgrade with all of these great new features. A lot of operators and developers are very enthusiastic about it, so am I. Can’t wait to test it out.

One final word: be sure to check out the new logo as well 🙂