Why & how cloud vendors are encouraging GitOps adoption 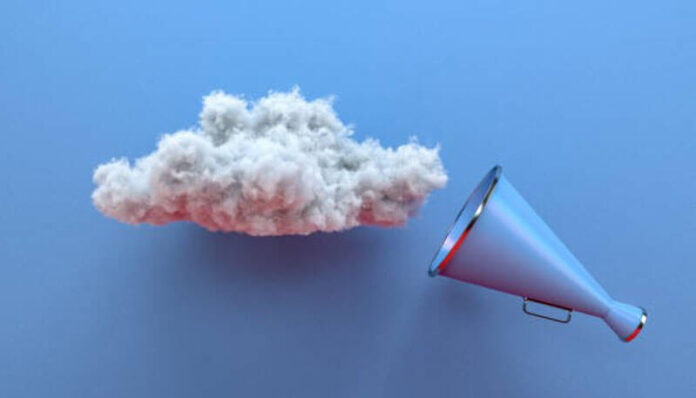 The past couple of years has seen the coming of age of the operating model – GitOps. The literally interpreted term – operations driven from Git – has quickly become the standard. With exclusive customer adoption and CNCF initiative launches, GitOps is becoming a crowd favorite across ecosystems, communities, and cloud vendors. Although the operating model was originally devised for Kubernetes deployment, it has rapidly expanded beyond Kubernetes and onto other platforms and frameworks.

Let’s explore why GitOps has had a significant increase in popularity among cloud vendors and why they are encouraging its adoption.

The relevance of GitOps

GitOps is an operating model that leverages Git as a single source of truth to manage operations. It is a developer-centric methodology that makes audits, code management and reconciliation easy to implement at scale while providing a seamless developer experience. The inferred requirement of GitOps – an extension of the infrastructure as code (IaC) paradigm – is declarative infrastructure.

The significance of GitOps lies in the fact that it works around a single source control system that enables teams to efficiently distribute workloads amongst themselves. GitOps allows teams to revert to a prior state of a Git repo using the Git history effortlessly. It increases automation and eliminates the time spent on manual tasks thus reducing downtime. GitOps helps improve the overall security of a system thus reducing the risk of compromise.

Organizations should frame and approach GitOps in a way where it is something that is additional and reduces the burden of going completely cloud-native rather than increasing the burden. They need to figure out a proper way to introduce GitOps into their infrastructure in order to leverage it because GitOps is all about abstracting complexity. And the fact that you are using declarative configuration means that you eliminate the complexities of imperative configuration where you have to provide instructions that change. If an organization is already doing some form of infrastructure as code, is familiar with declarative configuration and their services are cloud-native, it is going to be way easier to adopt GitOps.

There has been a definite trend in the rapid adoption of GitOps as more and more organizations are trying to explore and implement GitOps. This trend is being fueled by Kubernetes which has rapidly become the de facto orchestrator for containerized workloads. The fact that the principles of the OpenGitOps model are compatible with Kubernetes further helps the implementation of GitOps as in the current world Kubernetes has become the center stage for containerized workloads. Kubernetes already has a concept of the reconciliation loop that makes sure that you are running your workloads as you expect. So, when you add GitOps to that, you have something very powerful.

Every big cloud vendor now offers a managed Kubernetes service and that is what the majority of organizations use like AKS, EKS, etc. And cloud vendors are very encouraging of GitOps. The fact that the prominent cloud vendors are bundling GitOps into their hybrid cloud offerings is a huge deal.

When it comes to the adoption of GitOps, hyperscalers are definitely taking on a leading role. There are very few industries out there that get GitOps as good as hyperscalers because they have to manage gigantic infrastructures which ultimately gives them a unique perspective as to how powerful GitOps is. It signals an increasing level of trust in what the GitOps community is building and solidifies a synergy between the community and enterprises.

AWS and the cloud vendors of the world have been really leveraging the fantastic technology that is being built by open source. Furthermore, the CNCF is doing a good job in materializing, having a due diligence process, and having a solid framework where they are saying that this open source solution is capable of scaling to enterprise-grade customers.

Legacy is an overarching challenge to turn into cloud native. But, GitOps as an operating model, regardless of where you are, is aligned to Kubernetes. Kubernetes is becoming the control plane for all sorts of projects that allow you to declaratively manage and operate external resources. Cluster API has different providers that allow you to declaratively provision or deploy Kubernetes on top of other infrastructure, including bare metal machines. Liquid Metal is a new project by WeaveWorks that allows you to deploy EKS Distro on top of micro VM’s on top of bare metal declaratively using cluster API in Kubernetes and GitOps to handle the “deployment” of it.

GitOps as an operating model with its declarative configuration and its agent-based mechanism for abstracting complexity extends itself beyond Kubernetes and cloud-native environments. It manages the provisioning and configuration of bare metal machines as well. GitOps can handle everything on top of a consistent workflow.

GitOps has quickly become the desired option across enterprises owing to its ability to adapt to any and all types of applications and industries. Its substance lies in being able to implement new changes within a system’s cloud infrastructure. The adoption of GitOps is accelerated by the fact that it offers reliability, security, and productivity for cloud-native applications. It seems like GitOps is here to stay a while and organizations should start gearing up for a DevOps-GitOps future.