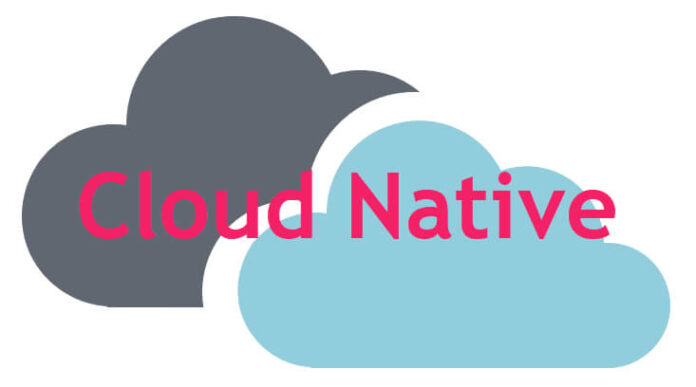 Clouds. Love or hate them, but they are here to stay. Private, Public, Hybrid, Multi-Cloud. So many buzz words abound in this particular technology space that you could have two games of bingo going at the same time and still have concepts to spare. IaaS, PaaS, SaaS, DRaaS, DaaS, in fact, more aaS’s than you can see at a donkey sanctuary. The latest buzzword is Cloud-native. But what is Cloud-native?

In this article, we will attempt to answer what at first glance appears to be a simple question, what is Cloud-native?

As a starting point, we will look at the official definition of Cloud-native by those you would think should know exactly what it, is the CNCF, the Cloud-native Computing Foundation. And of course, cloud-native is becoming mainstream (according to them).

These techniques enable loosely coupled systems that are resilient, manageable, and observable. Combined with robust automation, they allow engineers to make high-impact

Well, there is a suitable amount of fluff in that statement to say anything to everyone, or more to the point more wiggle room than when you wave a matchstick in the Albert Hall.

If you are a virtual-machine-based vendor your version of Cloud-native will mean AMIs ARMs or Google Images to deploy your VM’s. If your applications run on containers, then Docker images and Kubernetes will define your Cloud-Native stance and so we go on further up the stack and down into Functions and serverless.

The fact is you can go down so many rabbit holes with the concept of Cloud-Native, but at its core, it is about agility and speed. It is about how quickly you can get your application to market and in front of your users to enable it to start creating the value that your investment was supposed to deliver on.

The crux of Cloud-Native is Business Value.

So for we have looked at whether Cloud-native is IaaS or ?aaS, it is not, nor is it Containers or Kubernetes. Being born in the cloud although an indicator of Cloud-Native, is not a unique identifier, it is a method of creating Applications that are both Agile (quick to be deployed) to increase the business value derived from the development and implementation time. Yes, that is correct the concept of Cloud-Native is once again a procedural matter, and its meaning has been hijacked by vendors trying to sell manna from heaven again.

Many people will think of cloud-native as Netflix, Facebook, Google, Uber, etc. They will be correct. They are born in and off the cloud. All their applications run in an agile manner, they deploy new versions at a whim, can scale or collapse at need, can survive outages at scale from a single process to a full region outage without service interruption (yes there are exceptions, but there will be only a single exception as the root cause of the outage will be investigated and the failure identified and engineered out).

These companies have built their business around the concepts of Cloud-native. These are Agility, Speed Scale, and Resilience.

I have legacy environments, am I cloud-native?

Pets vs Cattle is a very good primary design decision. Most people understand this concept now, traditional locally installed legacy applications were installed on physical or virtual machines, wrapped in cotton wool and nurtures, being patched, and monitored for issues, triaged, and nursed back to health. Given nice names and are Stateful. effectively treated as a favorite pet, modern cloud-based applications are treated more like cattle on a farm. Failing or sick instances are culled and replaced by a new instance to maintain the health of the herd this is easy because they are stateless not loved and seen from an industrial level rather than a personal level.

Cloud-Native as a process very much like DevOps has redefined the way applications are designed and delivered and a widely accepted method for constructing Cloud-native applications is called the 12-factor app. 12-factor is quite an old concept but the tenets still hold true today.

These original 12 factors have been expanded to 15 by Kevin Hoffman in his book Beyond the 12 Factor App. Which can be downloaded from the VMware site here:

So it is with these 15 concepts in mind that we can start to define cloud-native and so finally we come to answer our original question What is Cloud-Native?