Testing your IaC templates: methods and tools to remember 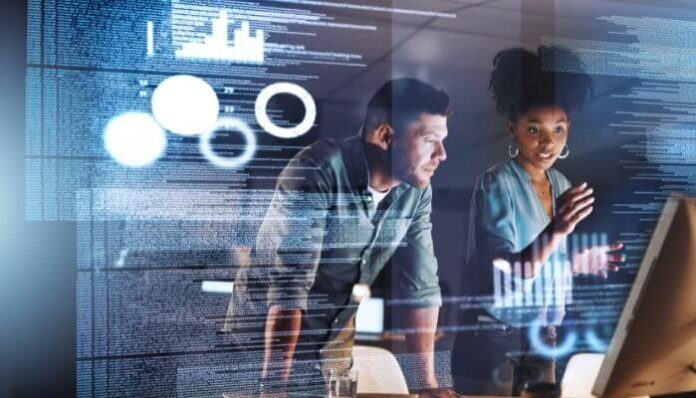 To simplify the problem area of this article, we’ll focus on a sample application that requires some infrastructure components that can run in any cloud. We’re deploying a containerized application that runs in a Kubernetes cluster. The application itself is a simple guestbook that shows entries to website visitors. It also offers an option to sign up and to post a new entry. Besides this, every feature can be accessed using an API. All actions are logged using Logstash and can be analysed using Elasticsearch.

Using this example you can translate this to your situation and/or (cloud) environment.

Before you write a single line of code you need to create a testing strategy. In our example, we already selected the application so we can skip portfolio management and the selection procedure. A lot of testers use the Agile Test Pyramid to define their tests. In the Test Pyramid, you’ll find the following levels of tests. From least effort and easiest to automate to maximum effort and (nearly) impossible to automate:

Since IaC templates deploy pieces of infrastructure with no business logic (at least not logic that brings competitive advantage to companies) we’ll skip the unit tests. Manual testing is also out of scope since we’re focused on tools and automation to conduct our tests. Therefore our attention is on component tests, integration tests, and system tests.

It’s good to know which language supports a (wide) range of test tools to actually conduct various types of tests. As per 2022, the following long list of IaC scripting languages are common:

Dedicated IaC platforms such as oak9 or Spacelift are excluded from the list. Since containers are the number one deployment mechanism nowadays, in our example we’ll focus on Kubernetes (manifests) and Helm charts. The same principles apply to the other IaC languages and tools.

Since there are a bunch of tools available to help us test our IaC scripts, we have to narrow down our selection a bit more. Not all tools support component tests or integration tests. However, they act as a good starting point for your validations.

Helm itself comes with Helm lint to validate the internal structure of your Helm charts. It’s very powerful to spot syntax errors in your YAML files as well as typos in your source code. Just invoke helm lint <template fie/dir> to scan your Helm chart.

A practical example is the validation of the “name property” which is required. It also helps to work consistently by validating other rules like comparing the name of the directory and the Helm chart name itself.

Helm offers a feature to generate Kubernetes manifest files which are normally processed “under the hood”.  It is possible to spot these errors with the following command that parses individual YAML files. However, it’s not optimal since it does not provide many details about the error.  Our example would be:

And the subsequent error:

The error is very generic and there is no hint on which line the error is present. To catch more errors you might consider other tools such as Kubeval.

Kubeval is an external tool and can be used in addition to Helm Lint. With Kubeval you can validate your Yaml templates against policies written in Rego, the tool independent compliance language of Open Policy Agent (OPA). This brings very powerful options to include a validation schema.

Example rules are the following:

Besides validation on a functional level, the CPU limitation rule is also validated in terms of the right pattern. This way it’s impossible to enter wrong values such as specifying the value in Miles instead of Megabytes. Yet another trick is to avoid deploying the wrong templates too late in the process. A practical example project that also highlights the usage of some default values can be found at Helm Chart Testing on Github.

Conftest is an alternative to Kubeval which offers roughly the same types of tests, also written in the Rego language.

So far so good, besides relatively simple tests on static source code files, you also need to write component tests. Kubetest provides some very good examples on readthedocs.io that highlight how to do that. Kubetest requires you to actually deploy your Kubernetes manifests to your Kubernetes cluster. Developers would love this since Kubetest actually utilizes unit-test style conventions such as assertions.

Some example use cases for what you can test:

Another powerful feature is the option to actually check the contents of the Pod itself. Suppose you want to test a simple web application that should write a message “hello world”. You can fire a HTTP request to actually query the output of the running Pod and capture the message. An assertion should compare the expected and the actual value to see if both match. If they do so, your test is successful.

In essence, this is an implementation of a smoke test. It not only covers a technical-oriented test that validates if your Pod is running but actually checks the contents of the perceived message. After this simple test, you can carry on with the other tests that might take longer due to their complexity or dependencies on other systems.

Kubetest is based on Python so you need to have a Python run-time environment in your CI/CD pipeline as well as a valid Kubeconfig file that connects to the Kubernetes cluster of your choice.

Perhaps the most extensive testing tool for Helm charts and Kubernetes manifest is Terratest. It is a very powerful testing tool written in the Go language. Developers which are familiar with Go should welcome this and they are quickly up to speed to write their tests.

Both Kubeval and Conftest are actual “template tests” that validate the syntactic of your templates. Consider integration tests as semantic tests. Terratest fulfills this feature.

Integration tests tend to be rather complex since they span multiple components that need to work together.

It also involves the provisioning and destruction of the components in charge in the right order. Therefore it takes some more effort compared to components tests. It also requires a fully operational Kubernetes cluster and it takes more time to actually conduct the tests.

A typical functional workflow for a Helm chart which depends on some other resources looks like this:

Keep in mind that you always need to start with a “clean cluster”. Since spinning up a fresh cluster for every integration test eats away precious time and this is often not desired.

Some code snippets to show how things look like in Terratest:

And a function call to actually validate the response of the data storage action that happened inside the container.

Besides these simple snippets, it’s also interesting to view other cases, such as:

Testing Kubernetes based resources are nice, but there is a lot more to explore. Sticking with Terratest, you can also test your Terraform IaC files, validate Packer scripts and plain Docker configuration files. The website of Gruntwork offers a huge list of examples and details on the various options they offer.

Testing your IaC templates is vital to deploy your cloud based applications in a reliable way. Test tools such as Kubetest, Terratest, and Kubeval help to define test cases for template (static) tests, unit tests, component tests, and even integration tests. It’s possible to test your templates for AWS, Azure as well as Kubernetes, and other popular IaC tools like Packer, Vagrant, and Ansible. In this article, I showed some examples of a dummy application that uses Elasticsearch to crawl some logs. Tests are written in simple scripting languages such as Go. Therefore developers have a good time learning them. Follow the links in the article for more background information.