HomeArchitectureUseful tips and tools to debug your Kubernetes workloads
ArchitectureDevelopmentOperations

Useful tips and tools to debug your Kubernetes workloads 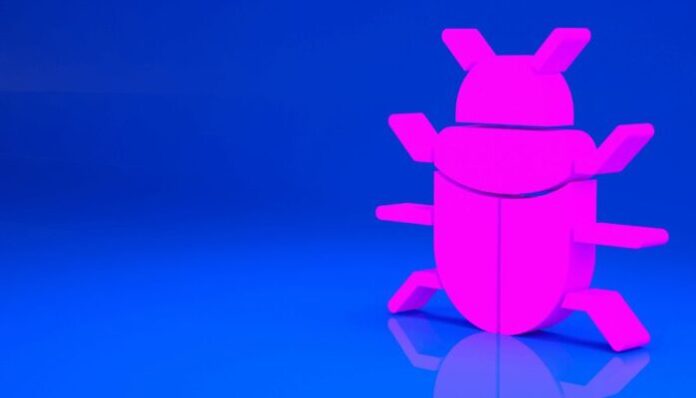 Kubernetes is the most popular container orchestrator to run cloud-native applications. It acts as a bridge between traditional Virtual Machines and serverless technology. Developers learn to build, package, and actually operate their applications. Security experts help to secure them. These disciplines form the heart of a DevSecOps team. Despite all of the good efforts, things can go wrong. Debugging a Kubernetes-based workload can be tricky since there are so many moving parts. Besides this, there are multiple layers: the raw infrastructure layer (f.e. worker nodes and networking), the platform layer (f.e. Rancher or EKS), and the application layer itself (f.e. the Pods, Daemonsets or Services). You need to analyze your workloads in case of problems. Useful tips and tools to debug your Kubernetes workloads.

Things that can go wrong

Before we can answer the main question “how to debug Kubernetes workloads”, it’s good to understand what can go wrong in a Kubernetes cluster. The short answer is a lot. When digging a bit deeper into the system, there are multiple problem areas that can cause problems. Just a few to give you an impression.

Besides the Kubernetes-based issues, your application itself can be the root cause of all evil. You also need ways to troubleshoot using sophisticated matters.

First of all, it’s extremely important to completely focus on the command line since all tools depend on it. You can use a Linux, Windows or MacOS-based developer environment. Whatever you do, you need to fetch information from running services as well as log files, (cloud) APIs, and other sources. After you fetch the information, you need to process it. Filter the (massive) amount of results, aggregate it and create information based on the data. All of these actions require command-line tools since you need to automate as much as possible to become ready for future incidents. This is not possible in GUI-based tools, so these are a no-go.

Kubernetes ships with Kubectl, the command-line tool to operate your cluster. Kubectl is a binary that runs on Windows, macOS and Linux. When properly authenticated to the cluster, it communicates with the Kube API server to fire commands to the cluster itself. In essence, you can control the entire cluster with the commands that are available. The following commands help to troubleshoot problematic workloads that require your intervention.

As you can see, you can already do a lot with Kubectl. It’s not only nice from a developer perspective, but also from a cluster operator perspective. People that maintain Kubernetes clusters use it frequently to also troubleshoot issues on a cluster level. Use Kubectl top to display resource-based information such as memory or CPU usage of Pods and worker nodes. Or use Kubectl cluster-info to fetch all available information from the cluster itself.

So far so good, but what should you do if you do not have access to Kubectl at all? In developer environments, you might have access to your own application resources. Or you have complete control over your Kubernetes environment (in the case of a Platform operator). This might not be the case for Test, Acceptance, and Production environments. What should you do to troubleshoot resources in these environments? There are a number of options which are outlined below. For the sake of simplicity, only tools you can install and operate yourself are mentioned.

Kubernetes is powered through a lot of communities that contribute in some way or the other to the development of Kubernetes itself. The same is true for tools like Telepresence. This is a tool to intercept your target Kubernetes environment and redirect traffic to your local counterpart. It helps to debug traffic-related problems, and issues with Pods, containers, and other Kubernetes-based resources. Telepresence works with Kubectl and OC (CLI utility for the OpenShift container platform).

Besides these options, it’s also possible to hook into your local IDE such as Visual Studio Code or IntelliJ. Just like other programming languages, it’s now possible to add breakpoints in your IDE to see line by line where bugs occur and which information is present when the actual error comes into place. Furthermore, you can make changes on the fly and see what happens with your cluster without actually modifying your production workloads.

For a better understanding of interceptors, read the latest documentation on the official website of Telepresence.

Logs to the rescue

Often you need to explore the logs of your Kubernetes resources. This can be a massive task when there are a lot of Pods to be viewed. Suppose your application contains multiple micro-services that run all in their own container. You need to view the logs from the front-end container, the backend service, the messaging service, the container that captures the API calls, and perhaps a container that is used as an authentication service. If all of these containers also use a sidecar container to keep an eye on what’s going on, there is a lot of work needed to view all of the logs.

Off course, you can write a (simple) script to pull all information together. It would be a better idea to use a tool such as Kubetail to aggregate the log results for Pods, Deployments, or other resources together. This helps to speed up and fetch logs in a consistent way. It’s great to see that this tool is available for all major Operating Systems and it is updated recently.

Other log aggregators are FluentD and FluentBit which operate in your cluster itself.

Sometimes, you want to analyze the Kubernetes resources that gives problems. With Kubespy you can observe your Kubernetes in real-time. Spying on those objects reveals valuable information about what happens when a Pod is booted or when a Service allocates an IP address. Kubespy is a tool written in Golang to trace the status of Kubernetes resources to find out what happens under the hood in a certain time period. You can run it at any given moment in time during the lifetime of a resource.

The output is written in a JSON file so you can easily parse it. Fields that change (frequently) during the lifetime of the resource are highlighted and colored to locate them easily. Good to know, Kubespy is derived from the CLI tool Pulumi.

The above-mentioned tools are just a very short list of numerous tools that help developers and Kubernetes platform operators to their clusters. Other tools that recently saw the light are K9s, Knative inspect, Kubeman and Kubectl debug. Find all of them on the Kubetools GitHub page.

Kubernetes clusters are all based on a large number of components. Various things can go wrong during and after the deployment of applications. Multiple microservices which together form an application should be analyzed when developers or platform operators seek the root cause of a problem. Don’t underestimate the complexity of Kubernetes networking. Tools like Kubectl, Telepresence, and Kubetail offer ways to debug Pods, Deployments, Services, and other Kubernetes resources. Hopefully, this article offered some insights into the tools and tricks you can use to debug and troubleshoot your workloads so you can continue your valuable work faster.

DevOps and the future – what comes next?