Get the evil out – don’t run containers as root 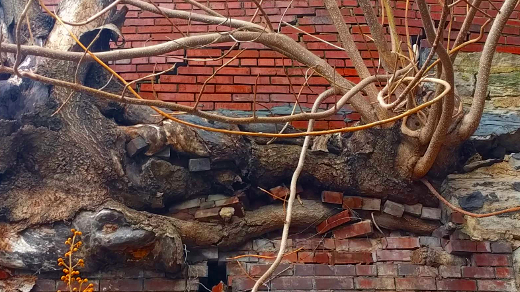 Containers are not hot and shiny anymore. They are a common piece of the puzzle when it comes to building great software. But a common pitfall, even now, is that many containers run as root. This poses a security risk. So, get the evil out – don’t run containers as root.

Why containers run as root

Especially for eager developers, learning new things is a common practice. On the contrary, it is far more difficult to unlearn things. Why containers (still) run as root is a bit analogous to this principle. Although not needed to run as root, there are still several reasons why they do so:

Given these considerations which stem from old habits where old tools still work – it takes time and effort to handle issues like this. Technology is ready, now it’s time for the developers and operators to act.

What is the security problem?

Before we do a deeper dive into the actual problem, if everyone would use the “least privilege principle” and stick to it as much as possible, this problem would be less serious. Back to reality.

One of the key arguments to avoid running a container as root is to prevent privilege escalation. A root user inside a container can basically run every command as a root user on a traditional host system. Think of installing software packages, start services, create users, etc. From an application perspective, this is undesirable. When running an application on a Virtual Machine, you should also not run it as a root user. For containers, this applies as well.

In case of a container breakout, the root user can access and execute anything on the underlying host as a highly privileged user as well. This means filesystem mounts are at risk, access to username/passwords which are configured on the host to connect to other services (yet another reason to use a secrets manager solution), installing unwanted malware and accessing other cloud resources.  Remember the article Let your Pods do the talking? This can also lead to the creation of cloud resources you are responsible to operate and pay for. As you can see from this risk, you need to limit the potential blast radius.

Often, people have to balance the amount of time and money it takes to investigate, control and mitigate a security issue versus doing nothing and accept the risk. This is also the case here. Proper risk management strategies aims to find the balance between money spent on extra security measures versus the potential business loss in case it’s being exploited. It becomes extra complex since accepting risk is a business decision, not a technical one. And this problem is a tricky one for the business representatives to (fully) understand.

Root inside and outside

To shed some light on the problem, let’s take a closer look at what happens inside of the container and what happens outside.

Root outside and root inside

When using Docker as a container runtime environment, it is possible to start a container with the –user <non-root-user> flag. This would overwrite the default root user inside the container. However, this doesn’t work if the container image has been built already with a fixed username. And if this username is bound to static values for the UID and GUID, they can’t be overwritten. Starting your container this way would not solve the problem.

See the following snippet for an example:

While the last example greatly reduces security concerns, it has some considerations. First of all think of parent images. If you select a parent image that runs as a non-root user, you will inherit this user in the derived image. This makes it impossible to install new packages (using the package manager) in the downstream image. It is possible to switch (back) to the root user, but this also gives problems.

If installing a package in the downstream image is not needed, a root user might still be needed. For example to upgrade a package to patch it or to remove a secret (e.g. a private key or a token) from the parent image. Your default Hadolint rules will complain about it. A container image hierarchic should be easy to patch and maintain to fully reap the benefits. If one or another system prevents this for every change, it is less beneficial.

The devil is always in the details. Some containers should run as root to function correctly. See the following use case for an example.

Another example comes from the container runtime security tool. A container that runs as part of your security system (being a single host or an orchestrator) that has to check other containers and the underlying infrastructure itself, also runs as root. Even worse: it should (probably) run in privileged mode. You should definitively check the contents of this container (image) and closely monitor it.

So how would you deal with these kinds of exceptions when you can’t switch to a non-root user?

New tools arrive every day, so is the same for rootless containers.

Since most of these issues stem from the fact that the container runtime runs as a root user, it would make a great difference to run this process as a non-root user. Rootless containers can help here.

Redhat maintains a tool called “Podman” to enable rootless containers. They share a number of articles which zoom in into this topic. From a Podman’s point of view, you can either have the following configurations.

Developers benefit from this since they can choose one of these four configurations when they deploy their applications on Openstack. Bear in mind that supported container images cannot be pulled from Dockerhub.

It’s impossible to list all tools which are focused on running containers without the need for a highly privileged user. Be sure to check out the websites of Bazel rules_docker, buildah, FTL, IMG, orca-build and umoci.

While root is still the default user to run containers and to run processes in the containers themselves, mitigating this security concern becomes more common nowadays. Luckily, multiple tools help to achieve this and find the balance between developer experience and security. I hope this article has inspired you to address the problem and look at the exceptions so you get an idea how to deal with these if you still require root.