HomeDevelopmentDon’t FOMO into Microservices, have a good reason for it
Development

Don’t FOMO into Microservices, have a good reason for it 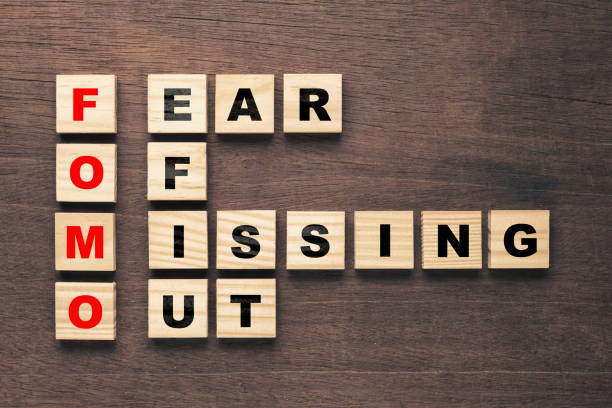 We are currently living in a digital economy which is constantly driving the need for speed. And microservices is one of the opportunities to deliver that speed. Additionally, the past two years have seen a culture shift with regard to integrating the remote workforce due to the pandemic and this fits nicely in with the idea of microservices because there is a level of independence and ability to work on things individually and collaborate with team members from anywhere in the world.

So, microservices are everywhere, everyone is talking about it and it sounds like a great concept to adopt. But before you begin on the journey toward microservices, you need to understand the complexity of it. There are a number of moving parts and multiple points of transition that you need to work with. Therefore, microservices should be something that comes from a need within the organization rather than a want. Let’s take a deeper look at microservices and figure out when the need for it befalls an organization.

Microservices allow a level of availability that makes it constantly accessible in sending messages across distributed services.

Each service in a microservice is independent thus making it easy to update or scale. Organizations can upscale or downscale each microservice as and when needed.

Microservices enables companies to create, strategize and put out applications into development rapidly. Teams working on different microservices don’t have to wait for each other to finish.

Microservices has the ability to give teams autonomy. This is a huge driver today in terms of empowering developers to move faster and have more control to deploy their code rather than waiting on the ops team for resources. Microservices allows teams to work in smaller units so that they don’t need a sign-off from stakeholders from other teams and they can own the individual service, start to end, and every layer of it, that they are responsible for. This autonomy is powerful.

The connectivity and communication of microservices is based on programming APIs to be the conduits. So, on one hand, it gives a lot of leeway to developers and programmers to come up with interesting strategies for the APIs to talk to one another and to call up different libraries and resources. And on the other hand, there are so many different services talking to one another that it becomes crucial to design those APIs correctly.

It is also important to think about what programming language you are going to use when it comes to microservices. Because if you are using verbose language it can get tedious for the teams you are collaborating with to decipher the code written. The programming language that you choose becomes an important element that you have to think about as you are creating your microservices.

Importance of DevOps in a microservices approach

DevOps is a crucial element in creating applications these days. It helps in having a level of independence by breaking silos and facilitating synchronization between teams to enable them to work on different processes simultaneously. DevOps helps leave behind the waterfall approach of doing things one after the other, a characteristic of monolithic applications.

Having DevOps in place gives you the opportunity to let many different processes happen at once. There’s a balance between breaking silos and at the same time making sure that everyone is clear about their roles and responsibilities. This makes it easier to figure out what went wrong when something breaks down. But it is a hard process to manage. That is where the benefit of self-service portals comes into place which can play into the future of microservices. But what are self-service portals?

Enterprises are putting together their own self-service portals. Large organizations can design self-service portals specifically to answer the problems they are trying to address. This is because they have the resources and the IT backbone to curate these portals. Therefore, self-service platforms can have a major foothold in the next wave of evolution of microservices.

Converting from monoliths to microservices

When going from a monolith you have been using for decades to microservices, it becomes a matter of understanding all the different components involved in the original monolith. It is almost like a tear-down process of taking apart different aspects of the monolith and turning it into individual pieces that talk to each other through APIs. That is where the DevOps process comes in and becomes essential.

If you have a huge monolith, you might not want to start with your mission-critical application but with something that can be a quick win. Take out a small part of your system, probably not the most important part, and take out a small group of your best people to manage the service for a while independently as a microservice and see how it goes. If you find success with that, you can add to the number of microservices and make your bigger monolith into microservices.

You can’t just start adopting a microservice model in the fear of missing out. Organizations need to introspect and ask themselves where they are in their cloud journey before venturing out. They need to ask themselves if they have adopted DevOps practices already. This can be a great starting point. Once this is answered and if the organization is already practicing some form of DevOps and CI/CD, as a next step you can start thinking about microservices.

If you have a big pain point like if you’re struggling with availability and reliability, or you’re struggling to deploy more frequently, those are the things you can’t fix with bandaid solutions. Those are the problems that you need to take at your system architecture and your organization’s setup and culture. Change is hard to bring into an organization that is set in one direction. So you need to assess if you have a change management plan in place and if you can prepare your team for the change that comes with adopting microservices.

Check out this BrightTalk webinar for a deeper discussion of microservices adoption.