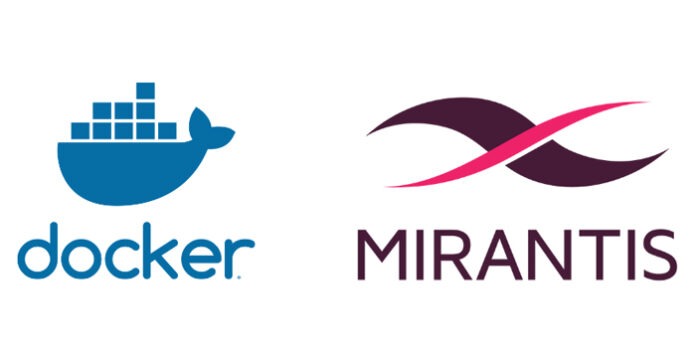 According to Rob Bearden, Docker CEO, the company has two vastly different businesses: one an active developer business, and the other a growing enterprise business. Both have vastly different financial models; the board and management team felt it was best to restructure the company.

Mirantis announced it is buying the Enterprise parts of Docker today. Docker was always good at creating developer-friendly open source products, but never great at finding an enterprise market to sell these to. The new direction, and the sale of the Enterprise products solidify this.

Mirantis is acquiring the Enterprise line of products, including Trusted Registry, UCP and Swarm. Also, Mirantis is taking over about 750 existing customers and contracts, as well as strategic alliances and partners.

Mirantis is heavily into Kubernetes these days; so it’ll be interesting to see what they’ll do with Docker, especially Swarm, which lost the container orchestration battle to Kubernetes not that long ago. Mirantis is not subtle about the future of Swarm. Kubernetes is the primary orchestrator, and will only support Swarm for 2 years, creating a smooth transition path from Swarm to Kubernetes.

Confusingly, Docker and Mirantis say they will both work on the Docker open source projects.

Docker is going back to its developer experience roots, and has raised another investment round of $35 million from existing investors Benchmark Capital and Insight Partners to that extent. This new direction, of course, needs a new CEO; Scott Johnston will be their third CEO in less than a year.

Addressing the needs of developers has been core to Docker since its inception. Developers want the freedom to choose their own tools, the flexibility to quickly try new technologies and the ability to deploy their applications anywhere, independent of the underlying infrastructure, said Scott Johnston.

Going forward, in partnership with the community and ecosystem, we will expand Docker Desktop and Docker Hub’s roles in the developer workflow for modern apps. Specifically, we are investing in expanding our cloud services to enable developers to quickly discover technologies for use when building applications, to easily share these apps with teammates and the community, and to run apps frictionlessly on any Kubernetes endpoint, whether locally or in the cloud. It’s an honor to lead Docker in this next phase of its journey.

While today’s announcements are somewhat surprising; it’s no secret that Docker never made great strides in the enterprise; their forte has always been the developer experience. With the sale of Docker Enterprise, Docker is acknowledging this fact, and moving back to their roots.

While some great technology will be sunset, particularly Swarm, the new Docker will be free to create fantastic software for developers in 2020 and beyond.