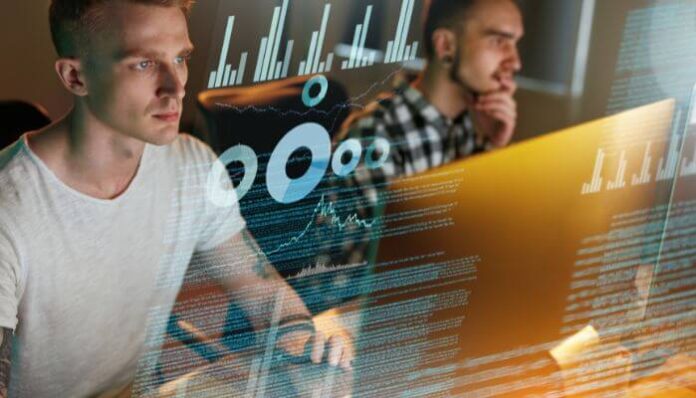 In our previous article, you can read bout the first principles. We’ll continue our journey to explore the most appealing advantages of 12 Factor Apps over traditional apps. Benefits when applying the 12 Factor App principles (part 2).

Every application that follows a DevOps specific SDLC needs to have a strictly separate build, release and run stage. Together, these stages ensure you can build, ship and run application changes with speed and confidence. In short, the stages have the following main purposes:

Having these stages as flexible as possible helps to break the entire chain of SDLC processes into manageable proportions. Consider a build phase which compiles your Java application and perform a set of unit tests. This can take long. You want to make sure to save the outcome and package that has been created (successfully) when this stage is finished. If all of the stages would be chained together and had a dependency on each of them, you might loose a lot of time when you need to re-build your application when something fails. This is seen from the build-stage perspective.

The same is true from the runtime perspective. Imagine you have rolled out a new version of an application. All of a sudden, your database performs very slow while you did not have any changes to the database system itself. The root cause is very likely the application itself. It would be too time consuming to completely build, release and redeploy your application. In turn, you pick the last known “well-working version” from the artifact management system and deploy it at your target environment.

DevOps teams as well as dedicated pipeline teams might need to rethink the way they create, process and run software using these principles, but the benefits are extremely powerful. It takes a significant up-front investment but it’s well worth the effort.

Every time you run your application, you would execute one or more scripts. These scripts fire up the runtime environment, ideally the same for every stage in the SDLC. Running it on your local developer laptop would be the same as in production. In fact, the developer should “fire and forget” everything that the process does to run the actual application. This does not mean you won’t take any responsibility. It means that you can run the process independent of the underlying infrastructure or environment.

This principle has several benefits:

These principles apply to every process to run the application. It could be more than one and this underscores the need to make every process independent of it’s underlying infrastructure and the data which it needs.

It’s also good to remember that “sticky sessions” are a no-go here. You should never assume that your previous session will continue on the next process if the previous session has ended (unexpectedly). Processes can vary across environments and keeping sessions open makes your application less predictable and flexible.

More benefits of this principle include the following:

The principle of “port binding” has another benefit: one service can act as the backing service for another one. It’s possible to serve every kind of software through port binding: web applications based on HTTP, but also applications that rely on streaming data on a lower layer such as Secure Web Services (WSS) or Redis which uses the Redis protocol.

One final thing to remember is to expose your services through a publicly accessible host-name once you run your application on Development, Test, Acceptance or Production environments. This is not needed on your local developer laptop.

Processes are not “an afterthought” anymore. Developers should treat them as first-class citizens. The way they treat processes differs from a traditional approach, mainly to support concurrency. Scaling out and scaling in becomes “the facto standard” in the application runtime landscape.

In essence, the processes become much more visible to developers since it’s not “hidden” in the runtime environments which they did not control (before). Instead, developers should think from the perspective of “share nothing and be able to scale horizontally”. Scaling in- and out should be made as easy as possible to handle peak loads and to avoid time-consuming configuration changes which are pretty risky.

When applying this principle, your application needs to use support multiple process types. Think of backup processes or reporting processes that are long-running. On the other hand, also support short running processes such as handling vast volumes of transactions.

Both types of these processes need to be handled differently. Doing so brings the following benefits:

Above mentioned principles and benefits are called the “process model” and this is extremely important when running on scalable cloud infrastructure.

This is the end of part two. Read about the last benefits in part three of this series.