10 Big Funding Rounds in the Cloud-native Space in 2022 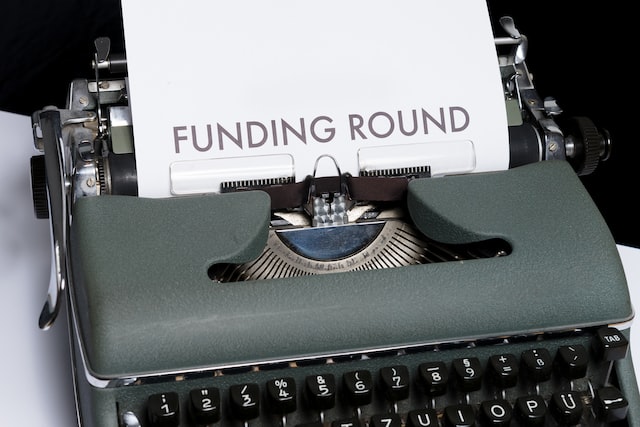 There’s no question that cloud-native startups are on the rise. And as these companies continue to grow and scale, they’re attracting more and more attention from investors. Despite the gloomy economy in 2022, it has been a fairly active year for VC funding for tech startups. Here are the top 10 big funding rounds in the cloud-native space in 2022.

Arctic wolf, a renowned name in the world of cloud security start-ups, has recently raised funds of $401 million. The name behind the investment is Owl Rocks (an extremely popular investor). The funds will be used for new acquisitions. Right from this year’s beginning, they have partnered with several banks for IPO preparations. The past year has been highly profitable in terms of revenue enhancement.

Automation Anywhere, primarily known for Robotic Process Automation recently raised $200 million from Hercules Capital and Silicon Valley Bank in October 2022. The newly raised capital will be infused to enhance the operational base of the California-based company. They intend to offer various strategic cloud security solutions. With the current funds, the company’s total funds are $1.04 billion. They have promised to enhance the flexibility of their automation services.

Wasabi Technologies is one of the leading providers of cloud storage services which sells low-cost storage-as-a-service based on a simple pricing model. In September 2022, Wasabi raised $125 million across Series D equity and the existing debt facility has been extended up to $125 million. The latest funding round brings the total amount of cash the company has raised to more than $411 million and establishes it as the newest “unicorn” company, with a valuation of more than $1.1 billion

Versa, a networking and cybersecurity firm, announced today that it raised $120 million in a mix of equity and debt. The funding was led by BlackRock, with participation from Silicon Valley Bank. Versa provides a vast range of subscription-based software services, primarily as a secure access service edge (SASE) provider. According to CEO Kelly Ahuja, the capital raised will be put toward go-to-market efforts and scaling the company.

The recent $100 million funding that Apiiro has raised has helped it to consolidate its position as a security leader of Cloud Native services. The fundraising was mediated by General catalyst along with Kleiner, Perkins, and Greylock. This funding will accelerate the business and empower more developers when the company is moving toward shifting agile development to CI/CD practices.

Frtanix is a leading multi-cloud security company. Fortanix is a benchmark that has solved numerous cloud security and privacy issues for many global companies in the world of confidential computing. Fortanix has raised a total of $122 million. The total funding will be directed toward the improved and sustainable growth of the company.

Flatfile has the most straightforward two-dimensional cloud management interface and has a user base of over 500 companies. There are plenty of new features for customers and new offerings for enterprises. The company announced $50 million in Series B funding in September 2022, led by Tiger Global. Investors participating include Scale Ventures, Gradient Ventures, Afore Capital, Workday Ventures, and Two Sigma Ventures, with angel investors including founding executives and leadership from DocuSign, LinkedIn, Airtable, and Gainsight. This brings Flatfile’s current total funding to nearly $100 million.

Isovalent, a leading cloud service provider, has raised $40 million for its growth and expansion. Isovalent is widely known as the creator of Isolvalent Cilium Enterprise. It has become a benchmark for cloud security services. The funding has been mediated by Thomvest ventures and M12, Microsoft’s venture fund. Isovalent is at a central position in the cloud technology ecosystem as the creator of eBPF.

Dig Security is a famous Israel-based cloud security service company. The company raised $34 million in the Series A funding round led by Signal Fire. Various firms like Okta Ventures, Felicis, and NorPolak also participated in the fundraising. The company has declared that it will use the funds to gear up its go-to-market efforts. They also intend to launch new enhancements that will solve higher-level and more complex problems regarding cloud security. The company’s CEO is Dan Benjamin, and he has successfully developed an integrated system of data detection and response with data loss prevention.

Toku is the solely dedicated cloud communication provider of the Asia Pacific region. The Series A round raised $5 million, bringing the company’s current valuation to US $10 million. Both new and old investors participated in the funding. Toku is a company that has clearly stated that it has the motive of profitability and intends to use the funds to increase its profits. The company currently has half a billion gigantic customer base. With the incoming fund, it can expand its consumer base and provide them with better service. They also want to invest more in their research sector.

As cloud computing becomes more and more popular, so does the demand for cloud-based services. As a result, we’re seeing an increase in funding for companies that provide cloud services. This is good news for the cloud industry, as more funding means more innovation and better services for customers.